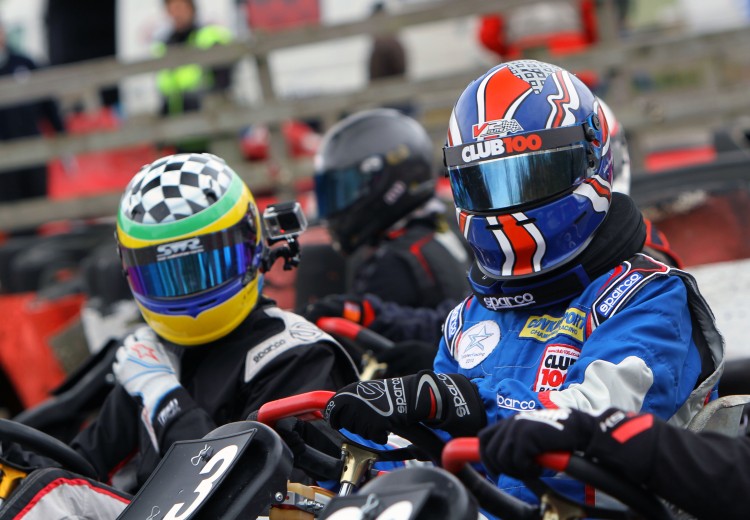 This calendar is provisional mark you, until 28th November, however we believe it to be pretty solid.

Our Sprint Championships will once again take pride of place in our calendar as our Blue Riband championship, and we’ve expanded the season to 12 rounds, with an exclusive return to the Bayford Meadows circuit. The best arrive and drive karting in the UK takes in 9 of the best circuits in the UK in 2017.

Running on Saturdays our Elite, Premier & Clubman Endurance Championships remain the most competitive team endurance championships in the UK, running over 11 rounds, and 8 venues. Fuel stops, driver changes, strategy – these championships offer the same great Club100 ingredients but with it’s own unique flavour. The best team racing in arrive and drive karting.

More details about the Team Individual Endurance Championships & it’s exciting format will be coming shortly, but for now here are the dates for this 11 round championship:

A great entry point to Club100, or a great way to get more racing, or just a great championship in it’s own right, with it’s unique format. After practice and qualifying, it’s a 1 hour race. Each team / driver must make one mandatory fuel stop during the race. It’s the 60 Minute Challenge Championship:

And for Special Events, we launch the 2017 season with the Mini Anniversary, Pt.4.

And back by customer demand and acclamation and expected to sell out with 40 teams competing after it’s successful return in 2016. 2 days, 10 hours of racing… So Euro. You know what we’re talking about – Spa!

New to a track, rusty or just can’t get enough of Club100? Most (but not all) of the Sprint Championships, and Elite, Premier & Clubman Endurance Championships weekends will be proceeded by Friday Test Days:

Blow out the cobwebs or get in the zone. Hone your driving to be on it from the green light, with Sunday Morning Testing running prior to Sprint Championships (with an extra date included prior to the season opening Mini Anniversary Pt.4 event):

*Open to race event entrants only