Llandow The Vale of Glamorgan 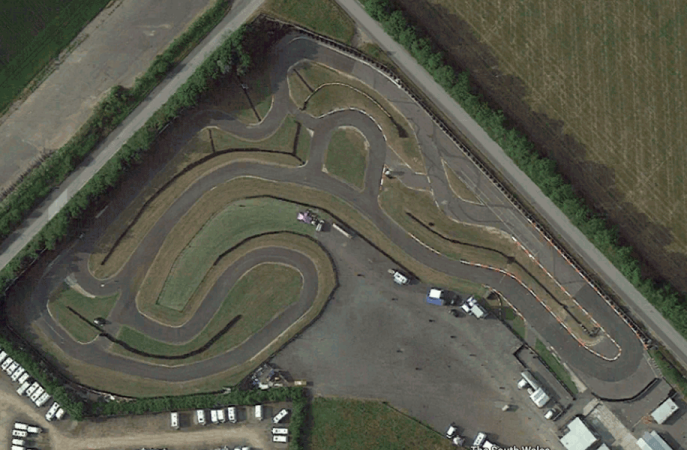 Leave the M4 at junction 35 and pick up the A473 heading AWAY from Bridgend. At the first roundabout (which has a large Sony store situated on it) turn right (3rd exit). You will go back under the M4 and then it’s a straight road until you come to the A48. Cross over the road (quick left then an immediate right) onto the B4268 and just follow the road until you pass Ford Gills Garage on your Right. The circuit entrance is shortly after this, again on your right. If in doubt, go to the circuit Web Page and print off their map. 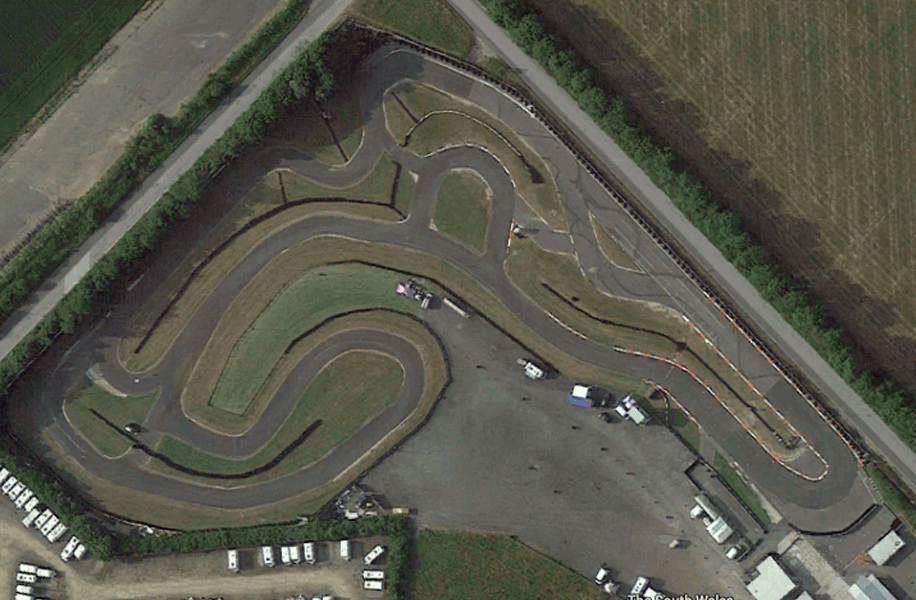 An introduction to Llandow

Llandow is relatively new to the Club 100 calendar with the first C-100 event happening in 2006 for both Sprint and Endurance. The circuit has been extended at least once over the years and although it looks a little tight and twisty in places it is in fact quite fast and technical. Parts of the circuit have been resurfaced since mid 2006 which will be a relief to those who had to deal with rain during the 2006 Premier Endurance where the older parts of the track were nothing short of treacherous when damp!

The circuit doesn’t really have any cut through’s except for the first chicane so the rolling up laps can take a little bit longer than at other circuits and the first corner comes up pretty damn quick after the start line so drivers need to pay attention at the start and be a little more cautions than usual into the first (quite tight) chicane. The new part of the circuit offers the biggest technical challenge to the drivers but it also offers a number of good overtaking opportunities although the best is undoubtedly the final hairpin at the end of the back straight.

The pit lane is quite small and narrow although rumour has it that the pit lane has been redesigned as part of the 2006 circuit improvements which in addition to the resurfacing has meant the completion of the purpose built timing hut on the start/finish line. Drivers contesting the Endurance championships should remember to pull to the left hand side of the circuit when approaching the pit lane and to raise their hands when pulling into the pit lane when making scheduled pit stops. This is also true of those in the sprint that may be making unscheduled stops.

During the 2006 races it was clear in both the Sprint and the Endurance that this is a circuit where it is not easy to get clear of the chasing pack so patience and some degree of defensive driving are necessary to protect those who are leading at the start. However, once the race gets going it is possible to break clear especially for those who have the stamina to sustain a consistent fast pace whilst even the smallest mistake can lose you a few kart lengths if you run wide of mess up the entry/exit to some of the critical corners.

In summary, this is a driver’s track that is quite physically demanding in the Endurance race due to the high grip nature of the track. It allows plentiful overtaking opportunities that those that get the entry and exit correct to the critical corners on the circuit. 2006 feedback was very favourable and hence it looks likely to be a permanent fixture on the C100 calendar in years to come.

There are no upcoming events for this venue.