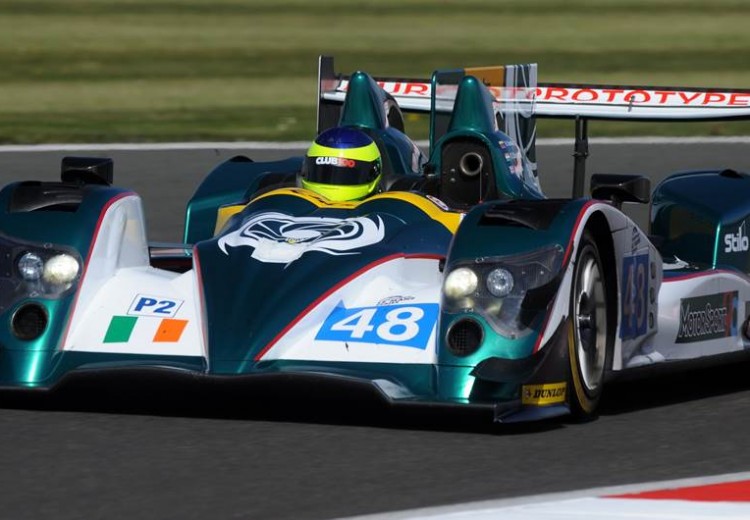 Alex Kapadia impressed the European Le Mans Series paddock at Silverstone this weekend with his blistering pace while on a recovery drive through the field after a puncture put his Murphy Prototypes car out of contention for the win. His drive was enough to win the Radiolemans.com Spirit of the Race award voted for by the TV viewers live during the race.
Ex-F1 driver Karun Chandhok qualified the Hertz Car Sales sponsored car in 3rd position and Venezuelan Rodolfo Gonzalez started the race for the Irish team. Gonzalez suffered a blown tyre while running in fourth position just as Kapadia was getting ready for his stint 1hr 20mins into the 4hr race. Unfortunately for Gonzalez, he had just passed the pit entry and had to do a complete lap with the tyre delaminating and destroying the bodywork of the Oreca LMP2 racer. Six laps were lost while repairs were carried out and the car re-joined the race with Kapadia at the wheel but down in 35th position.

Over the next hour and twenty minutes Kapadia was consistently the fastest car on the circuit scything through the traffic and setting fastest lap of the race. By the time he pitted with just under an hour to go he had taken the team from 35th back up to 10th position. Chandhok took over for the last stint of the race and set four consecutive fastest laps of the race bringing the team up a further two places to eight place.

“It was a mixed race for us” Kapadia said after the race. “We definitely had the pace to win today but the puncture just lost us too much time. On the positive side I am happy with my performance and that I showed the endurance racing world what I can do. The highlight of my weekend was stepping out of the car to a round of applause in the garage from the team and then being voted the radiolemans.co Spirit of the Race award by the TV viewers. I just hope I get another chance to run with the team and my co-drivers so we can get the win for the team that they deserve.”

Team owner Greg Murphy said “Alex did an amazing job for us today. He really has made his mark on the team, trouble is the rest of the paddock will be after him now! It is bitterly disappointing that we did not get the win that we so badly wanted but we showed our pace and we will be back to fight another day.”

Kapadia who was sponsored by Hertz Car Sales, Motorsport magazine, Club100 and CTC Wholesalers for the Silverstone race, was just filling in for regular driver Tor Graves who was ill for this event, but hopes that there may be more opportunities at future races. “We think it is unlikely that Tor will have made a full recovery before the next round at Imola. The team and I will be working hard to make it commercially viable for me to be in the car for the next round if the seat becomes available again”.