NEW Championship For 2017 & Win The 1st Prize of Next Season! 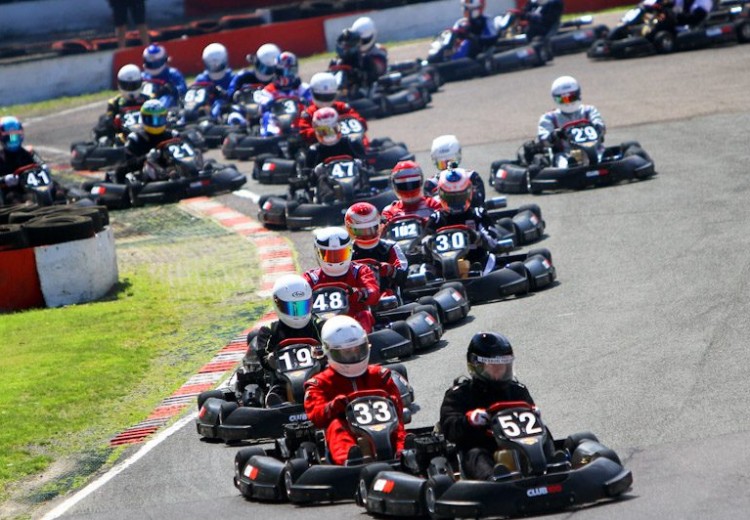 
Responding to trends over recent seasons we’ve felt a change for 2017 is needed to our Saturday afternoon endurance race and a radical change it is.

Something to fit nicely between our Endurance and Sprint racing, an exciting and unique championship in it’s own right, and a format that could prepare and lead teams or drivers into the top endurance championship or into our sprint championships.

The trend we noticed is teams racing in our Saturday morning event were more able to fulfil their entry and will race as a two if one of their drivers can’t make a certain round. Whereas the majority of Inters/Rookie teams, running in the afternoon, are more likely to cancel in the same scenario. There is no apportioning blame here, perhaps it might be because more are 2 man teams, or new to Club100 and don’t have the circle of contacts/friends (or not yet anyway) within the wider Club100 community to pull drivers in to cover, or it might be a number of other reasons but it results in a higher number of cancellations and we know from experience that big, full grids makes better racing.

So we’ve put our thinking caps on and decided on a format which will attract two man teams (or even single drivers), both entry level and experienced teams/drivers alike.

Four 30 Minute Races, with each race preceded with a 3 lap warm up session prior to formation.

There will be no qualifying. Instead, the grids will be pre – set for each race. At the end of Race 1, number plates and transponders will be taken off the karts and re-distributed for Race 2. And so on for races 3 and 4. So effectively each team races a different Kart each race.

Points will be awarded for the 4 finishing positions, taking the best 3 scores and adding them up to determine the final positions for the round. The total points for each round will go towards the championship totals. Then the best 8 from the 11 rounds will count.

All Karts will start each race on a full tank of fuel. Minimum weights will be enforced.

This format is ideal for a team of 2 with each driver getting a full hour of racing and warm up laps. There is also a tactical element involved where drivers can work out which races they prefer to compete in, depending on if they are more suited to racing from the front or better at coming through the field. However, for the super fit, iron man, this would also work for a single driver; and even for teams of 3 or 4 if budgets are tight.

We understand this may upset a few teams who would prefer to stick with a full endurance format. We get that, and we don’t want to lose you, and teams still have the option to enter the morning endurance. At the same time, this could be something that may tempt established teams that race in the morning to go for this instead. This new format should attract drivers from both sides of the Endurance, Sprint fence as it sits in the middle and would be far better suited to new teams looking to gain experience with the karts and the circuits, without having to worry about pit lane strategies, driver changes and fuel stops – and it will be safer around the pitlane, fuel bays, and pit entrance and exit.

The 30 minute ‘Sprintduro’ is something which has been hugely popular with the British Universities Karting Championship over the years. Now it’s time to offer this exciting format to Club100!

Finally, we hate the name! Its currently titled ‘TEAM INDIVIDUAL ENDURANCE‘ but it’s just not quite right!

So seriously… COMPETITION: There is a FREE 30 minute test session going to the person that comes up with the best title that accurately captures what our brand new championship is!

Email your entry to [email protected] or post it to our Facebook or our Club100 forum, and claim the first prize of 2017. Simply whoever floats JV’s boat first gets the prize.

We will be aiming to go live with registrations for this championship by the end of November, when we have completed our season on Sunday 27th Nov’. Prices will also be released at this time.