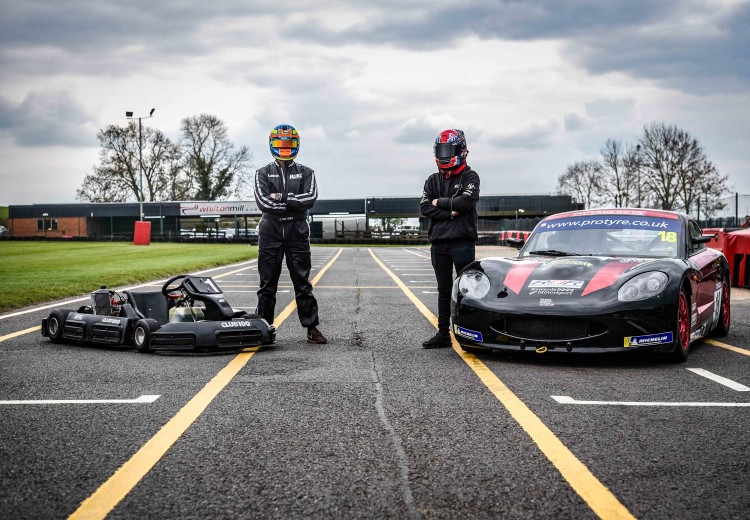 We’re pleased to report that Altima Academy U.K., sponsors of our Live streamed 2019 Super Final Championship, have announced 2019 Heavyweight Sprint Champion, and G3 Pro Endurance team member, Joe Holmes, and Chris Alcock, a winner in Lightweight Sprints, and an endurance team regular this year, as the two drivers who will share the 2nd full supported test day, as part of the Altima Academy prize package. They will join Super Final champion Steve Hicks, the winner of the full one day, fully supported test day, in the Mutation Motorsport run Ginetta GT5 at Silverstone on a date to be confirmed.

Steve Hicks commented, “I can’t wait for the chance to get behind the wheel of a fully race prepared Ginetta GT5 Challenge car, thanks to Altima Academy. Hopefully my skills honed in Club100 down the years translate to the racetrack! It’s been a great series to race in this year, and it truly is the best prize available in arrive and drive karting! Congratulations to Joe Holmes and Chris Alcock on securing tests, you’ve driven fantastically this year throughout and I look forward to seeing how we compare in the Ginetta..!!”

Mutation Motorsport chief Greg McIlwraith, commenting for his team and the Altima Academy UK said, “We’ve been fans of Club100 for many years, so when we decided to offer arguably the biggest prize in karting this year, there was only one option, Club100, and to structure the prize in a way that any driver was able to earn a shared test meant that racing well across all of the Club100 championships was just as important as winning the Superfinal prize.

It is a testament to Club100 and all of the drivers this year, just how difficult it has been to pick the 2 drivers for the shared test day, our “shortlist” wasn’t very short. And the Superfinal Championship has given us some of the best racing we have ever seen in karting, which has produced a worthy champion in Steve Hicks (who is also one of the drivers that we had shortlisted for the shared tested early on)

We’re looking forward to getting Steve, Joe and Chris  into the GT5’s to see how their impressive karting abilities translate into the Ginetta race cars!“

Greg continued, “We would also like to extend an invitation to any and all members of Club100 to come along to the test day, to get a look and feel for how Altima Academy with Mutation Motorsport go about running our team.”

An ecstatic Joe Holmes exclaimed “I’m super excited to get behind the wheel of the GT5 car and see what I can do. I was gutted to have missed out on the super final championship because of missing a round, and after my best racing season to date, it’s brilliant to still be given an opportunity! Huge thanks to Altima Academy and Mutation Motorsport for been part of the racing this year, and for choosing me.”

Chris Alcock commented “It’s been a thoroughly enjoyable debut season in Club100 and it came as a massive surprise and bonus to be chosen to join Altima Academy for a test in one of their Ginetta GT5 cars. I’m over the moon with how the year has gone and this really is the icing on the cake. Thank you to John Vigor, Club100 and the Altima guys for providing one of the best prizes in karting”