Home » Race reports » KyritsHicks win but are their rivals getting closer? 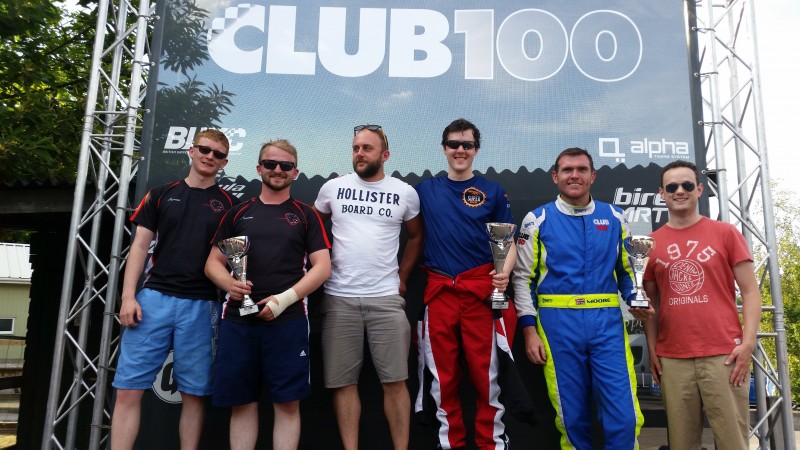 KyritsHicks win but are their rivals getting closer?

Big Cat Motorsport tied with KyritsHicks. The sun was out. It was another fun day at Buckers.

The halfway point in the championship is already upon, the weather was scorching and Buckmore Park is one of the best and most popular venues on the calendar. It promised to be a good day.

Runaway championship leaders KyritsHicks racing found themselves at the front for the first race of the day. Unsurprisingly they disappeared into the distance. Behind them, however, a few close battles emerged between the likes of Scuderia GM, Slickspeed, Old Men racing and Maxx MPH. Mixed in with a handful of class 2 teams, this train ran closely for much of the race. Big Cat Motorsport came up from near the back of the grid. With a kart that had excellent top end, they soon found themselves right in the mix, battling with the leading runners.

Some karts clearly had better performance than others so it was difficult for some drivers to make ground and forcing others to drive very defensively. Consequently, a few clear groups broke off from the chasing pack. There were no such worries for KyritsHicks and they once again emerged victorious. Slickspeed and Old Men Racing crossed the line second and third but they both received four place penalties for contact, promoting Scuderia GM and Big Cats to second and third respectively. It was a poor opening race for G3Pro and they finished near the back.

Maxx MPH Racing started from the pole. They tweaked their carb during practice because of a lack of top end but sadly it was tweaked too much, making them a sitting duck out of corners and they quickly dropped down the order. To compound matters, their seat broke causing some interesting handling issues for the rest of the race.

Scuderia GM took the early race lead but they were being chased down by KyritsHicks Racing. They took the lead on lap ten. Scuderia GM then came under pressure from M&M and this allowed the leaders rto open up a couple of second gap. Further back Maxx MPH Racing wre valiantly holding off a train of karts with an underperforming kart. They were helped by traffic; only Big Cat Motorsport managing to get past. G3Pro, Keen As Mustard and Slickspeed were all battling hard and trying to find a way past. Not having such a good race was racecraft. Even worse was Old Men Racing who retired half way through the race. Both teams also picked up a four place penalty.

At the flag Kyritshicks took another win followed by M&M and Scuderia GM. Big Cat Motorsport were fourth and Maxx MPH managed to hold off the chasing back for fifth.

Racecraft made a great start to lead the class 1 teams. Maxx MPH Racing made a great start from grid twenty four and was up to eleventh by lap three. Sadly some argy bargy between KyritsHicks, Scuderia GM and Clunge saw the latter fail to yield at Garda, run wide and wipe out the hapless Maxx MPH. Slickspeed were an early race casualty as well.

Back at the front and Racecraft were still leading. However, their race came to an end on lucky lap thirteen. This promoted Big Cat Motorsport into the lead. Behind them it was very close between KyritsHicks, Scuderia GM, Old Men Racing and G3Pro.

As well as a few class 2 teams who were in the mix, the battle up front lasted all race with the combatants swapping places a number of times. For much of the race, the leading train was separated by only a handful of seconds. Ultimately it was Big Cat Motorsport who emerged victorious. Another solid drive saw Scuderia GM claim second. KyritsHicks just managed to hold of Old Men Racing and G3Pro for third.

Big Cat Motorsport made the best use of their good grid position to lead the class 1 teams. They maintained their lead throughout. It wasn’t all plain sailing as they were chased hard by a class 2 team and a team that was basically a ghost (Triple Seven Racing once again running the clutch). Behind them, M&M and Scuderia GM were embroiled in a battle for second. Maxx MPH made good progress from grid thirteen and enjoyed a good battle with Clunge and Keen As Mustard.

Slickspeed and Racecraft weren’t having the most competitive race. They got bogged down in the mid field and by the time they broke clear, the gap to the top teams was too much.

So in the end it was a fairly straightforward win for the Big Cats. M&M and Scuderia GM filled the last two spots on the podium, just ahead of Maxx MPH.

It was very close in the end. KyritsHicks and Big Cat Motorsport tied on two wins and a third each. Had the countback been on the best result from the fourth heat, Big cat would have taken victory. Sadly for them it goes back to fastest lap and this went to KyritsHicks. Gutting. Scuderia GM claimed the final spot on the podium. M&M just missed out on a podium in fourth and Maxx MPH completed the top five – the second top five in a row as a solo effort. The guy is a bloody nutter. 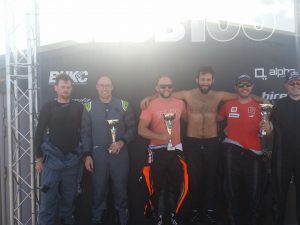