Home » Race reports » Stuart Jones Buckmore Park Expert Does It Again, But What About Whilton Mill? 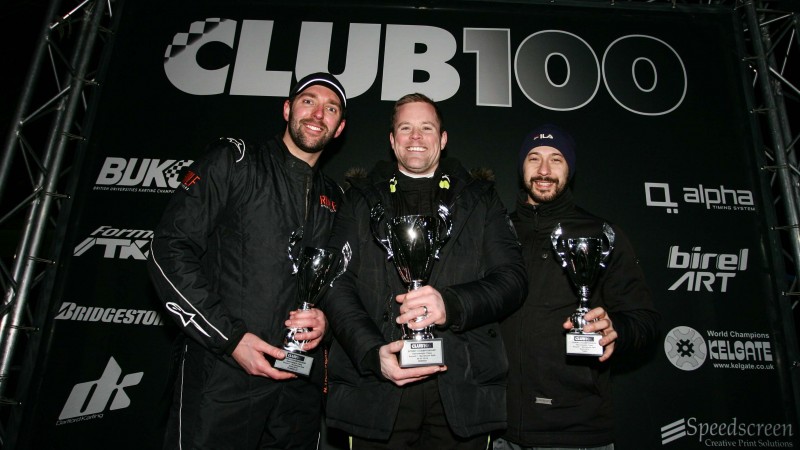 Stuart Jones Buckmore Park Expert Does It Again, But What About Whilton Mill?

A great mornings racing in the bitter cold and whilst the sun stayed out there was no question of the day getting any warmer. And a fleet of brand new shiny bright Karts to play in! It seems the new machines are a step up in the handling stakes providing better front end grip and a more stable rear end. And they look the business. At least we had very healthy entries for the Lights, Heavyweights and the Super Heavyweights sponsored for the full season by EssexFlatPack.co .uk. None of the previous year’s Champions in the Lights or Heavies were present to defend their respective crowns and SHW Champion Nick Trafford had shed a few pounds to run in the Heavies so it will be new names on the honours board at season’s end.

Steve Bosley set the fastest time in this group with a time that would have put him near the sharp end of the grid in the lightweights. Steve Downes was next a couple of tenths adrift. These were the only two drivers to break into the forty sixes. Behind these it was ferociously competitive with just shy of a second separating Mike Bodnar in third from Jordan Salter in eighteenth. Aaron Stevens took fourth from Alexander Lammin with the evergreen Tim Hill sixth. The SHW runners were all grouped together with Paul Williams quickest from Jordan Salter and Paul Goddard.

No one in this session managed to get under forty seven seconds. Stuart Jones came nearest missing out by just 0.010 with Miguel Hall next from Ben Cottle and Adrian Brammer. Fifth, and fastest of the EssexFlatPack runners was Trevor Randall looking somewhat more rotund than in his days as a lightweight front runner and Champion. He tells me that putting on a few pounds has made him a more content racer. Good to see him back. James Edwards was the next SHW down in twelfth with Andrew Clarke and series sponsor Stuart Germon eighteenth.

Pole for Adam Brown from Chris Blooman with Andrew Cherry and another Club 100 returnee Paul Lloyd on row two. James Edwards and Mark Turner on three from Philip Charman and Robert Stapleton with Nima Oparvar and Craig Brown completing the first five rows. Brown led the field away and disappeared into the distance. Never headed, never challenged he crossed the line almost seven seconds clear of second placed Blooman who in turn had a healthy lead over Cherry. The latter was also well clear of the battle for the fourth qualifying spot which went to Lloyd. He had the first of the SHW runners, Paul Williams, closing in rapidly towards the end but just had enough in hand to hold him off. A great drive this from Williams fighting his way up from grid twelve. Well, that’s how it ended on the road. Both Blooman and Cherry had overtaken backmarkers under yellow flags thus receiving the appropriate penalty and dropping out of the top four promoting Williams and Mark Turner into their places.

Bosley on pole from Downes. Jones and Bodnar on row two from Stevens and Lammin on three. Row four Hill and Hall with Trafford and English completing the top ten. Bosley led away but it was Jones into second with Downes down to third. Bodnar made a tardy getaway dropping to seventh allowing Hill and Hall up into fourth and fifth respectively. Stevens dropped to sixth with Lammin also falling away. Down the order Brammer and Randall both got punted off restarting at the rear of the field. Bosley continued to lead from Jones the two of them beginning to pull clear of the chasing pack now headed by Hall from Hill and reigning SHW Champion Trafford who had lost a few pounds over the winter and was running in the heavies. Half distance and Jones moved ahead of Bosley for the lead. Hall was now into third with Downes next from English who had made steady progress up from grid ten. Hill was just behind in seventh but coming under pressure from Lammin who was recovering well after falling down to twelfth. Jones began to stretch his advantage from Bosley but in the space of a lap it was all change behind as English moved into third and Hall fell to sixth behind Trafford and Downes. English immediately began to home in on second place Bosley but in getting ahead of Hall he’d hit him hard delaying Hall badly. It would cost him four places demoting him to seventh. Jones ran out a comfortable winner from Bosley with Trafford taking third ahead of a recovering Hall. Downes took fifth with Lammin sixth from English who did at least have the satisfaction of fastest lap. Hill was next with Stevens and Benneyworth completing the top ten.

Blooman on pole from Cherry with Edwards and Brown on row two. Row three was an all SHW affair, Goddard and the EssexFlatPack man Germon. Netting and Stapleton on four with Scivier and Salter completing the top ten. Just two to qualify for the A Final. Cherry got the better of Blooman off the line with Edwards keeping his cool and slotting into third but Brown’s chances of progression all but disappeared as he spun promoting Germon into fourth with Goddard running fifth. Cherry immediately began to pull clear of Blooman who had Edwards and Germon in his wheel tracks whilst Stapleton had moved swiftly up to fifth ahead of Netting as Goddard dropped to seventh. Cherry continued to ease away from Blooman and Edwards as Germon dropped a place to the flying Stapleton who immediately began to home in on the fight for second. Two thirds distance and he slipped by Edwards but Blooman held him at bay and looked to have sealed second with one to go. Cherry took the win over five seconds up the road but behind it all get a bit frantic over the final lap with Stapleton finally making a move stick on Blooman who dropped to fourth behind Netting with Edwards fifth and first SHW.

Jones on pole from Bosley with Trafford and Hall on row two. Downes and Lammin on three with English and Hill on four. Row five Stevens and Benneyworth. Just two SHW in the EssexFlatPack Championship had made it through to the A final, Paul Williams starting in seventeenth and Trevor Randall down in twenty second. Jones got a great start but Bosley lost out round the outside into the first hairpin allowing both Trafford and Downes to get up the inside for second and third with Hall remaining in fourth. Jones crossed the line at the end of the lap some three tenths up on Trafford in second but by the end of lap two Trafford was marginally quicker. Downes remained third with Bosley back into fourth ahead of English and Hall. The leaders began to stretch their advantage with Downes running a lonely third as Bosley and English fought closely over fourth. Too close as it happened as they got together in the hairpins and spun to a halt. Meanwhile Trafford set the fastest lap of the race and closed in on Jones but Jones immediately responded setting his fastest lap and edging away again. Downes remained third but with Bosley and English gone from the fray Hall began to close the gap tailed by Algieri and Lammin. At the front Trafford closed in again on Jones for the lead and made a couple of attempts into the hairpins but Jones was resolute in his defence and despite Trafford getting alongside Jones always kept him narrow giving himself the better traction and hanging on to the lead. Hall meanwhile was closing in on Downes with Lammin in fifth from Benneyworth and Algieri. A good fight this. Jones kept his composure over the final laps taking the win by just a couple of tenths from Trafford. The two of them really were the class of the field finishing over seven seconds ahead of third place which went to Hall after a last lap pass on Downes for the final podium place. Lammin took fifth with Algieri next. A good confidence booster for the youngest driver in the race climbing up from grid thirteen. Benneyworth took seventh with Bodnar, Cottle and Stevens completing the top ten. Randall took the EssexFlatPack SHW honours with eleventh place.

Yet another close race for the lead. Stuart Jones win made it a very successful day for the Jones family following brother Matt’s third place in the Lights. Nick Trafford was a revelation. Perhaps we shouldn’t be surprised. He dominated the SHW class last year and was often at the sharp end in the Heavies. Second was no more than he deserved. And Miguel Hall drove beautifully all afternoon. Trevor Randall headed Super Heavy joined on the podium by Paul Williams, and James Edwards leading SHW in the B Final 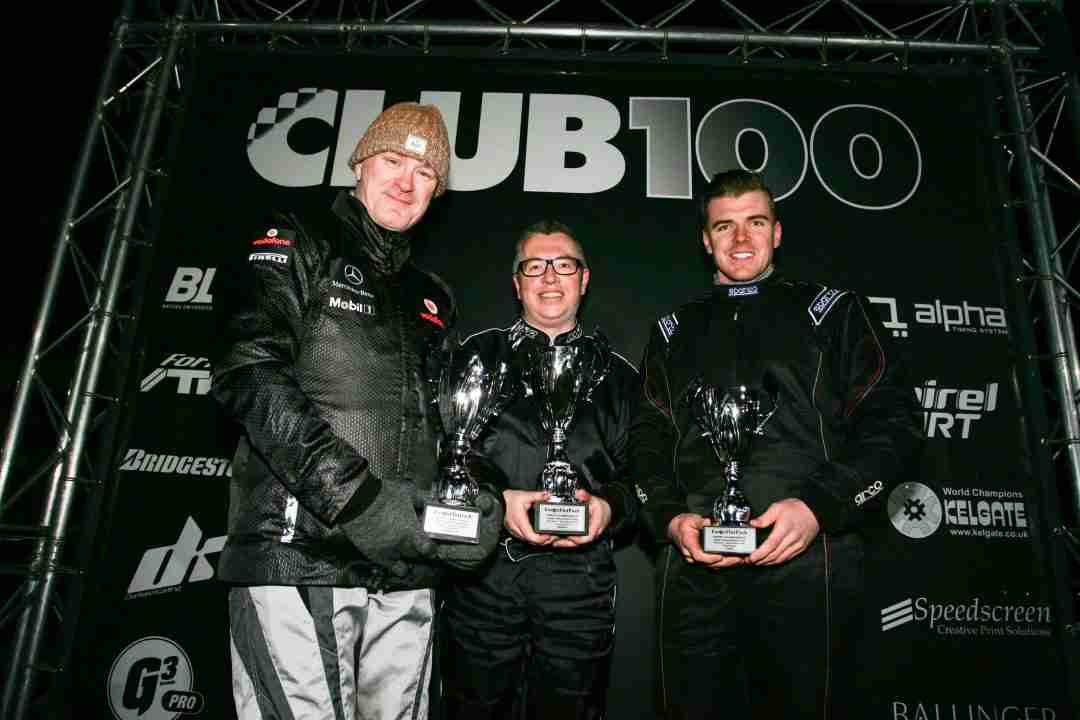 A great days racing. Our thanks in particular to all the marshals and officials who had to stand out in the bitter cold. And a cracking job they did too. As did Chris Simpson and his team producing the live feed. This was brilliant. The two commentators, Andrew Mather and Howard Mitchell were very, very professional. If you haven’t seen it, take a look and remember to like and share it.

And finally a word of thanks to our sponsors, EssexFlatPack.co.uk. G3Pro and Dartford Karting. 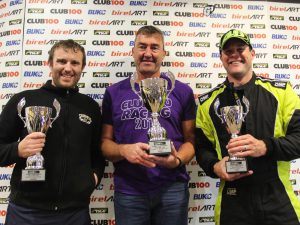 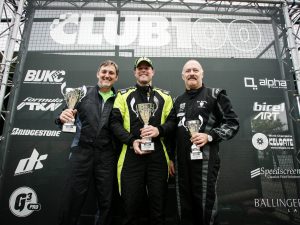 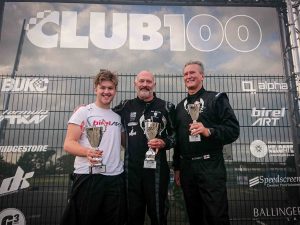 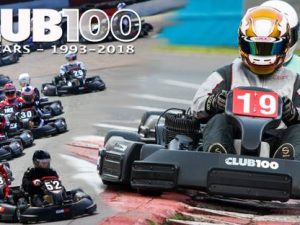 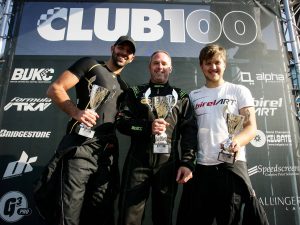 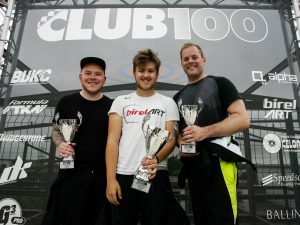 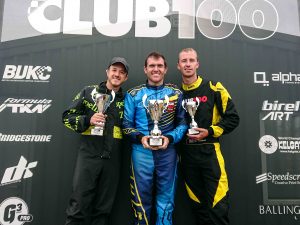 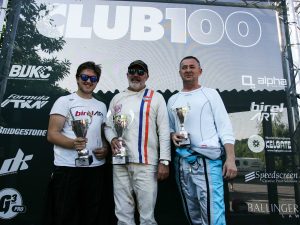 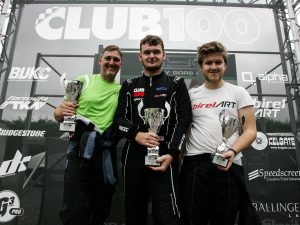 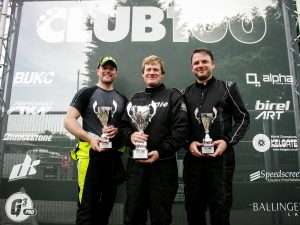 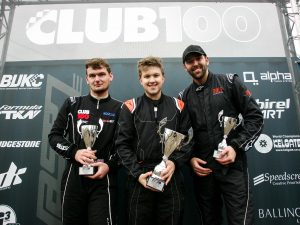 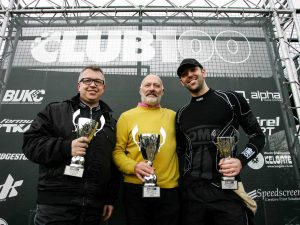 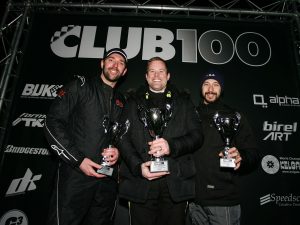